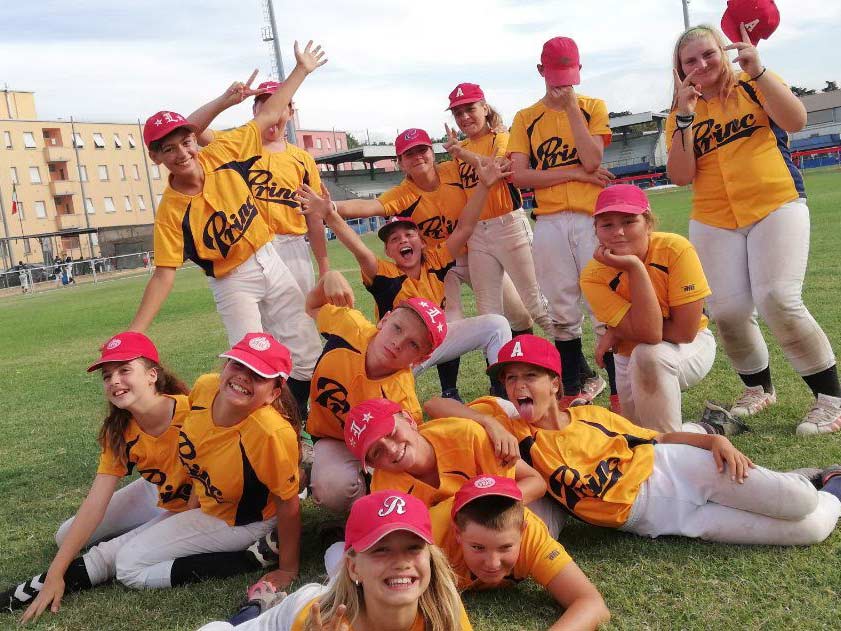 From 14th to 17th of August the European Massimo Romeo Youth Tournament was held in Collecchio, Italy. Among the 18 teams that played was the Princ team. A great tournament for children under 13 who had 53 games in 3 days in two strong groups.
The team Princ played with 14 players and two coaches, and in Italy we were joined by a teammate from the Netherlands.
For most of our players, this was the first multi-day tournament in a foreign country, so it was a new experience. Accommodation in the sports hall with several other foreign teams was a perfect, especially for socializing and meeting new friends. For our players who never played against real pitcher in Croatia, this was a special challenge, and they did a great job. It was also a challenge for our young pitchers.
We ended up in 7th place, which was a good result for such a young team. Given that most of these players have the right to perform for the next couple of years, we believe that with regular training and additional experience, the result of the coming years will be better and better.