It is unbelievable that this is the 19th time our club, Softball Club Princ became Zagreb Champion. Since 2002 only Lady Pirates managed to beat Princ (2019).

Four teams participated in Zagreb Championship this year: Lady Pirates, Medvednica, and thanks to the large number of new members, our club managed to create two teams, Princ Yellow and Princ Blue. Princ Blue consists of more experienced and older players, while in Princ Yellow team, you can find young, talented hopes of Softball Club Princ.

Team Princ Yellow definitely showed potential and keeps getting better with each game that passes. Princ Blue defeated Princ Yellow in their first game 13:3, and a day later with no problems also beat Lady Pirates 14:0.

Most interesting game could be seen against Medvednica, where both teams performed good defensive plays. After all, we managed to win this game 2:1. A week later we played final game against the same opponent, Medvednica. We took the lead immediately in the first inning 2:0. This result remained until the fourth inning, where we scored five points after several hits and opponent´s errors. Medvednica did not find strength to answer against our well coordinated defense, lead by our pitcher Haramina, so final score stayed 7:0 and we became Zagreb Champions 2021!

The MVP of the Zagreb Championship was Lenka Gunišová and Ema Vrančić who won an award for the best pitcher. Congratulations! 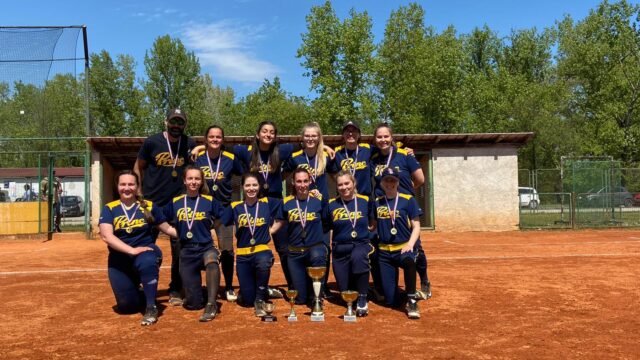